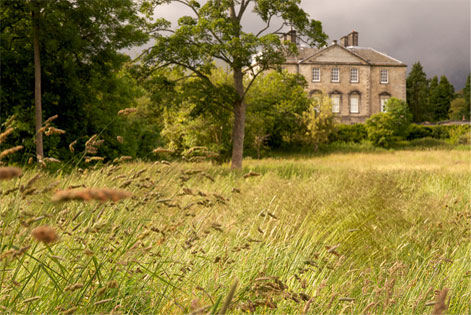 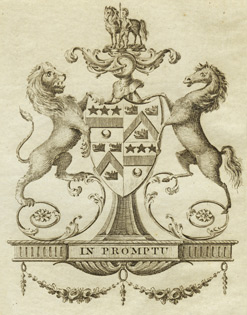 The name Mortonhall is thought to derive from the Anglo-Saxon word ‘mire’ i.e. area of marshy or waterlogged ground and the word ‘tun’ meaning farmer's home: ‘Meretun’ sic ‘Morton’. Even with generations of drainage this rings true today as Mortonhall is located in a south facing bowl at the east end of the Braid Hills, off which water runs before being led away to the east in various burns, cundies and drains.

John Trotter 1st of Mortonhall was born in 1588, a younger son of Robert Trotter of Catchelraw in Berwickshire. The Trotters of Catchelraw were one of the Foraging and Riding Clans of the East Marches; long involved in the fluid uncertainties of Border Reiver life on the Scottish East March.

The chaotic world of the Border Reivers was brought to an effective end by the 1603 Union of the Crowns. The resulting order and stability, for the first time in history, delivered the possibility of a safe life, in the clean air beyond the medieval walls of Edinburgh, Scotland’s overcrowded and unhygienic capital city.

A cleaner and healthier rural life must have appealed to John Trotter, who as younger son had been fortunately apprenticed in Edinburgh and, empowered by a successful merchant career, was able to acquire Mortonhall and its associated Scots barony in 1635.

Before 1635 when in Edinburgh the Trotter family had lived at Trotter’s Close on the High Street (Royal Mile). This address is today 107 High Street and is known as Baillie Fyfe’s Close. On one of the upper window lintels you can still see John Trotter’s coat of arms. John Trotter died in 1641 and was buried in the Northwest corner of Greyfriars Kirkyard where today stands the Trotter of Mortonhall family mausoleum.

Mortonhall is a country estate that evolved from a moated defensive country seat in 1635 to a prosperous agricultural property on the back of the peace & stability.

The built architecture found at the centre of Mortonhall estate dates from 1760 demonstrating no perceived need for defensive fortifications and moats.  The domesticated buildings illustrate the new confidence found in Scotland following the 1707 Acts of Union and the final Jacobite defeat at Culloden in 1745.

Mortonhall once encompassed farms from Oswald Road north of Blackford Hill stretching south to Allermuir Hill in the Pentlands and to Muirhouse in the southeast. With declining fortunes of agriculture the estate initiated a strategic policy of releasing land from farming for developers to create desirable family homes for families wishing to share in the benefits of life in South Edinburgh. What were once the farms of Blackford, Bowbridge, Buckstone, Frogston, Morton and Greenbank are now sought after residential communities and homes to many thousands of families in South Edinburgh.

The Mortonhall farms were each historically farmed by a single tenant family but with the reduction of the estate’s size and the economies of scale required in modern farming the remaining agricultural land is farmed in-hand as one single unit.

Since the middle of the last century many of the estate’s properties have been bought by private and public owners most notably Mortonhall House, Mortonhall Golf Club, Lothianburn Golf Club, Swanston Golf Club, Mortonhall Crematorium, Blackford Hill and many other private residential properties including the old dower house and farmhouses.

A member of Scottish Land & Estates - Landowners working for the countryside