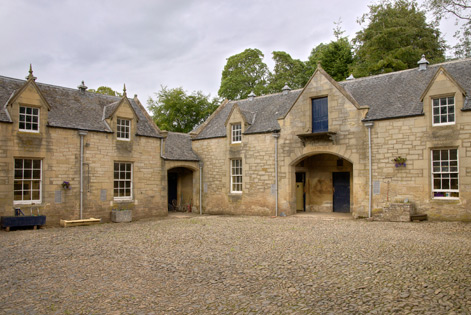 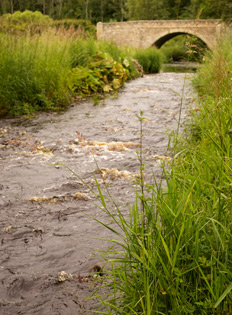 Charterhall is situated between the Borders towns of Coldstream, Duns, Kelso, and Greenlaw. The location is only a little over 25 minutes from the East Coast main line station of Berwick-upon-Tweed and is under an hour’s drive from Edinburgh.

The estate hosts a number of agricultural businesses and offers a range of rental propositions including grass parks, housing, light industrial accommodation, stabling, and some informal storage facilities.

Please see other pages for further information on houses for rent, the airfield and shooting as well as the link to the Mortonhall estate website.

The stewardship of the lands of Charterhall, formerly referred to as Catchelraw, has been with the same family since the Dark Ages with records of ownership reaching back to the beginning of the House of Stuart in Scotland in the reigns of Robert II & III.

The Scottish Border lands of the Trotter family, almost without exception, have been in Berwickshire and, like Charterhall, to the East of what is today the A697 road, very much ‘Men of Merse’. Various branches of the family occupied land either in their own right or as Tacksmen with different landholdings, at one time stretching as far East as Eyemouth.

The Merse formed part of the Scottish East March which was more often than not under the Wardenship of the Earls of Home. The Lowland Riding Clans of the Scottish Marches are collectively known as the Border Reivers. Prevalent families in the East March were Cockburns, Dicksons, Hepburns, Kerrs, Homes, Swintons and Trotters.

The Border Reivers were rarely a coherent force but, by necessity, fluid interrelating clans whose existence was based on an ability to survive in the turbulent Marches, on the border between the normally hostile English and Scottish kingdoms. Hostilities certainly existed between the Reivers either side of the Border; but also allegiances when they served a purpose.

The Border Reivers were almost a coherent force for the Battle of Flodden Field in 1513. The Scots lost and Edward Hall, thirty years after, wrote in his Chronicle that "12,000 at the least of the best gentlemen and flower of Scotland were slain”. Amongst this number were Trotter of Catchelraw and his cousin the then chief, Trotter of Printonan.

The violent suppression and smothering black smoke that followed clouded history for a generation but with ebbs and flows stability developed with occasional landmarks including the Union of the Crowns in 1603 and Acts of Union of 1707 which empowered the Scottish Borders to be part of the Agricultural Revolution and the British story beyond. Today the Revier descendants, including all the above mentioned families are still active in the Scottish Borders economy.

A member of Scottish Land & Estates - Landowners working for the countryside